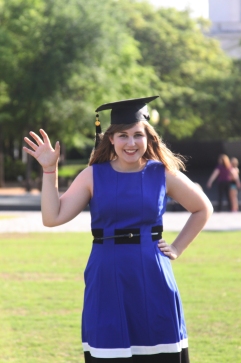 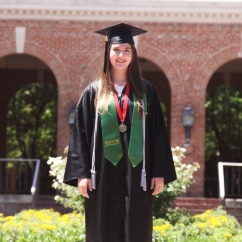 Used for sample purposes only. Not a real issue of the Lariat. Front cover design made on InDesign and Photoshop featuring a six column spread.

On a cold and rainy night in the downtown streets of Dallas, a young Baylor student found himself being mugged by thugs and right when he thinks he is about to die, a small blue dragon crawls out of his front pocket to save him. Or so was the dream that led School of Education freshman Alex Patterson to write his award-winning fantasy novel, Choices. Patterson always had a passion for reading and mythology and began wondering what it would be like to fight dragons, live like a king and venture into magical realms.

From that dream, Patterson had his first character, Aiden, a dragon meant to help the protagonist of the story, Richard Örlander find his way while waging war and dealing with temperamental Nordic gods. Set in the Germanic Iron Age around 1000 B.C., Patterson’s novel is all about the choices Örlander makes: good vs. evil, right vs. wrong and war vs. peace.

“Books are alive. The connection between reader and book is evident in our empathy with its characters. I see the characters as living, breathing, figments of my imagination,” Patterson wrote in his blog.

With such a passionate love for books it wasn’t that hard to spend over 500 hours writing, editing, and rewriting Choices during his junior and senior years in high school.

Patterson also took inspiration from his Norwegian heritage, some ideas from Beowulf and Fahrenheit 451. Although Patterson’s main character makes both good and bad choices, he believes readers should form their own ideas of Örlander’s character.

“In the book Fahrenheit 451, we view it as a story about government censorship but he (Ray Bradbury) wanted it to be about media and TV,” Patterson said. “So it is with Choices. The main message is that the ends do not justify the means, but if people come up with a different meaning it’s ok. It’s art. What you get out of it is your own personal experience.”

Choices went on sale on Amazon, iTunes, and Barnes & Noble in December 2015 still, Alex said the process of getting Choices published was a challenge. Patterson received a lot of rejection letters and a few acceptance letters. However, those publishers wanted Patterson to change the moral dilemma of the main character.

“Eventually I decided I write for my own amusement and I don’t want to be a writer as a full time career,” he said.

But publishing wasn’t the biggest challenge. Patterson said the idea of not hating what he already had written was a problem. He had read his novel 12-13 times before the story was eventually accepted as publishable. He said he liked his characters, the themes, and the plot, but he was scared of making grammatical mistakes.

Although writing is his favorite hobby, Patterson wants to focus in on his career as a teacher. As a University Scholars freshman, Patterson is concentrating in secondary education social studies, creative writing, and religion. Currently tutoring at Cesar Chavez Middle School, he would like to be a religion or history teacher at a small private school after he graduates. Alex wants to teach because of the support he received inside and outside the classroom from his teachers in high school.

One message he hopes to convey to students is this: “If you find something you enjoy, you should do it.”

So can we expect another book from this driven freshman? Patterson said that even though he doesn’t want to be a full-time writer, he is currently 20,000 words deep into a new book about the Alaskan gold mining era, a story that explores Russian and American business conflicts.

“It (Choices) is maybe going to pay for a few cups of coffee at Common Grounds down the line, but I’m not going to retire off of this,” he said. “I’m still going to be a teacher.” 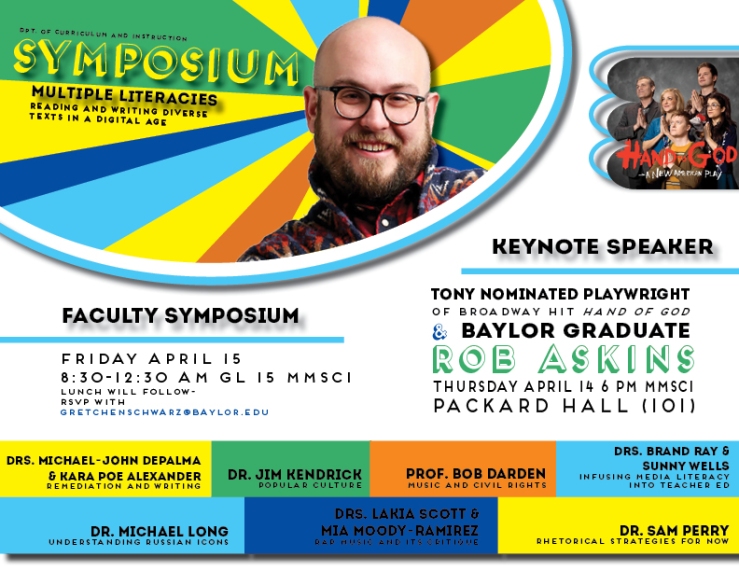 Made to market the Department of Curriculum and Instruction’s Symposium. Made on InDesign and Photoshop.

Video published March 23rd for Baylor University School of Education on the senior internship experience. Shot on Nikon and edited on Adobe Premiere by myself with direction from supervisor.

Lindsay Adams is on a mission. She wants to save the world, one child at a time. And her desire stretches across the world. A senior in the Baylor School of Education, Adams traveled to Kenya in the summer of 2012 with Baylor’s Straw to Bread program. Upon arriving, she was shocked to learn that the orphan children in the community could not attend the Bethlehem Home Academy, the closest school, because they couldn’t afford it.
Adams wanted to find ways to make the children’s lives better, so she returned the following year, this time working on her thesis project in Bethlehem Home Academy, researching the success factors that make the school the best in the area.

“They have a huge orphan population,” Adams said. “Since it was a brand new school, there is not a lot of money involved. Even though it’s a resource-poor school, it’s phenomenal.”

After hearing about the children, Adams’ friend Maddie Danielson, a Baylor senior and fashion design major, was inspired to help through her own talents. But the idea of creating a collection of bow ties actually came from Danielson’s brother.

“He said, ‘Hey you should make bowties.’” Danielson said. “His text message struck some chord in me and set off this avalanche of ideas.”

Within the next month, Danielson created eight one-of-a-kind bow-tie designs from different materials. Once a website was created, sales rolled in.

Each bow tie had a name attached to it, so whenever a customer purchased a certain bow tie, a portion of the proceeds went to a specific orphan to send them to Bethlehem Home Academy. Once all bow ties for that specific child sold out, that child’s education (approximately $200 per year) was paid for throughout the entire year.

“It was fun to work with one of my friends and share this vision with Maddie,” Adams said. “I love telling people about Kenya, but when people jump on board and do something that supports what I love, it warms my heart.”

“For me, education is one thing that is too often taken for granted but has the power to change lives in epic proportion,” Danielson said. “One of my favorite parts of this company is that when you buy a tie, you have a name and picture of someone just like you that you are enabling to have the same shot at life that you do. You get a spiffy conversation started for parties, and they get a chance to rise above poverty. It’s a win-win!”

Adams is majoring in University Scholars — with concentrations in biology, sociology and educational psychology — while also working toward teacher certification in elementary education and gifted and talented education. She is currently an SOE teaching intern, working Monday – Thursday in a second-grade classroom at Woodway Elementary.

“I want to be a teacher so that I can can contribute to making the world a better place through education,” Adams said. “Working with students is my favorite part of every day as an intern. And making sure that children have the best classroom experience possible is a goal that goes with me to Kenya every May. I am passionate about giving the Kenyan students hope, just like my students here. I am confident that empowering students will change our world.” 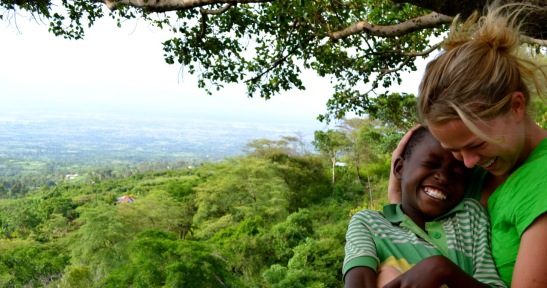 Adams said she loves the program in Baylor SOE and would recommend it anyone passionate about education. “I have been challenged, encouraged and taught to love this career more than I ever thought possible,” she said.

While both Adams and Danielson are graduating this year, Danielson plans to continue making bow ties that support children and women in need. And Adams will continue to visit Kenya and to help children through her career in education. 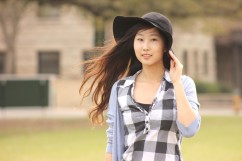 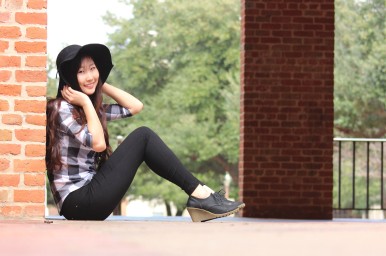 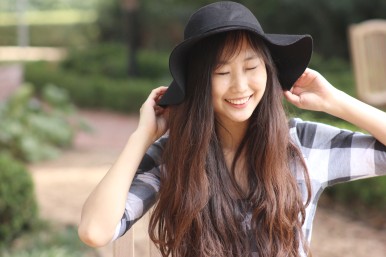 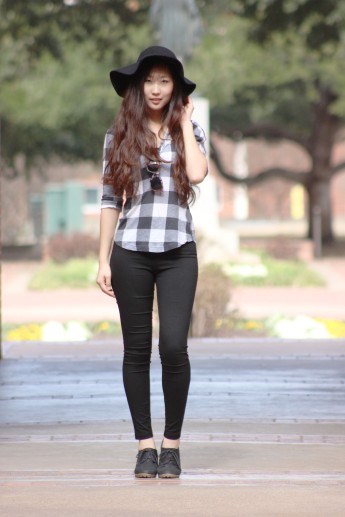 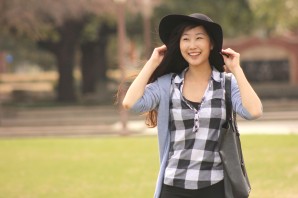 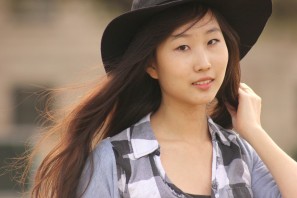 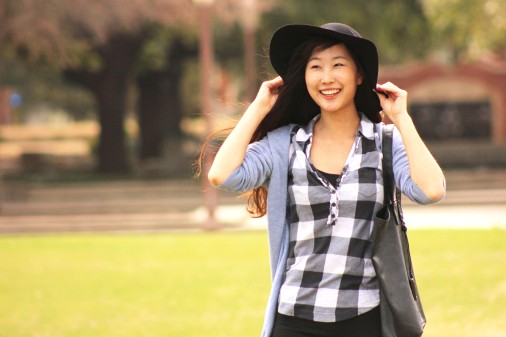 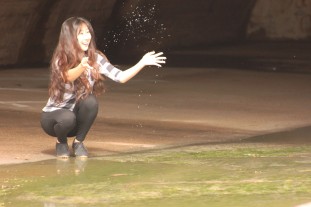 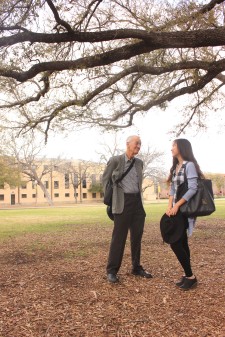 Dr. Lakia Scott, assistant professor in the School of Education’s Department of Curriculum & Instruction, has led this summer trip since 2011, when she got involved with PACE.

“PACE is a college readiness initiative that provides exposure and enrichment to minority youth about entering and completing postsecondary education goals,” Scott said.

During the Baylor tour, Scott facilitated a discussion on the calling to teach and SOE programs available.

“Students understood the viability of being interdisciplinary and even becoming certified to teach,” Scott said.

The PACE students who visited campus are also a part of the ASCEND program, a mentoring program founded by the Alpha Kappa Alpha sorority. Scott said ASCEND focuses on achievement, self-awareness, communication, engagement, networking and developmental skills. Students from Baylor’s AKA chapter spoke to PACE students about their experiences attending Baylor.

One of the students of ASCEND and PACE, Elijah Howard, from Killeen, said he wants to be a social studies teacher and is interested in coming to Baylor.

“I really enjoyed the trip!” Howard said. “I didn’t know Baylor had so many activities to do on campus. It seems like a great school.”

Howard’s mother is an AKA alumna, and he joined the ASCEND program through her.

Because of PACE, Howard said, he feels more prepared to apply for college and now wants to come to Baylor.

“It (PACE) helps us get a feel for the college experience, getting to know where everything is and see all they have to offer at the colleges,” Howard said.

Based in Houston, PACE also hosts college readiness workshops for students from across the nation. These workshops helped students understand college student organizations, housing options, roommate selection, and emotional and physical health. During the school year, PACE provides community service opportunities for the students, and Howard is currently working on planting a garden in the Waco community.

And what is a road trip without some sight-seeing and fun? Students visited the National Historic Site for Little Rock Central High School, met at local Black-Greek facilities, shopped in Oklahoma City outlets, played at Dave and Buster’s, and cooled off with a pool party. 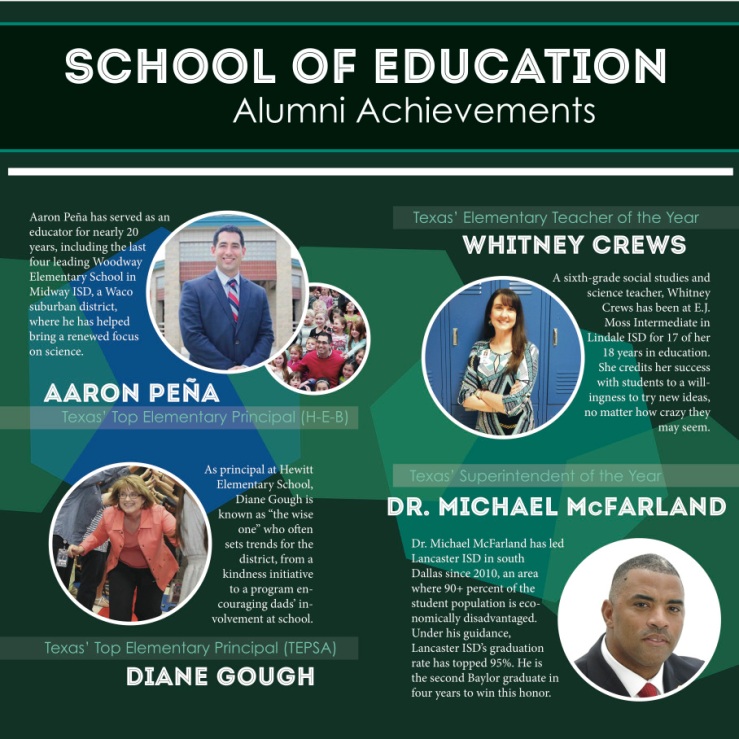 Made for the School of Education in Spring 2015 for promotional uses.